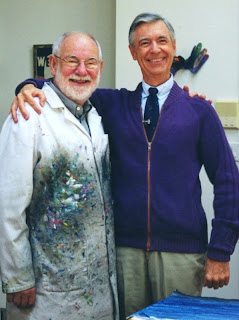 I've been thinking about Fred Rogers these days. A number of years ago, he came to my studio and filmed a segment of an episode of Mister Rogers Neighborhood. It was an honor to work with him and to appear on his TV show. The way he spoke to children was so calm and kind and respectful. I am so glad that his work is being made available now on the PBS web site and am delighted that an excerpt of us reading my book From Head to Toe together is included as one of the site's 40 video clips. I hope you will enjoy watching!

On Thursday, November 5, Fred Rogers will be remembered and honored at the dedication and unveiling of the "Tribute to Children" statue in Pittsburgh, the city where he lived and worked. For more information, please visit
Family Communications web site

I will always remember Fred with great fondness and admiration.
Posted by Eric Carle at 3:22 PM 14 comments: 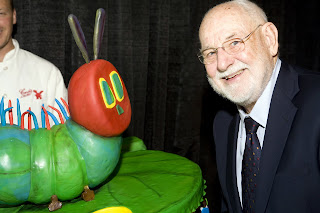 I was in New York last month to celebrate the Carle Honors, The Eric Carle Museum of Picture Book Art's annual gala and auction. Each year, The Carle Honors recognizes the contributions of four people in the field of children's books and this year they were an inspiring group: illustrator Alice Provensen who at 91 travelled from California for the occasion, Kyle Zimmer who started the organization First Book which has donated more than 65 million books to children, editor Walter Lorraine who worked with David Macaulay, Chris Van Allsburg, Lois Lowry and Allen Say among others. And the founders of Cricket Magazine, Marianne and Blouke Carus who created a publication where many illustrators' careers began. It was an exciting evening with many hellos and hugs with old friends and colleagues who I don't see as regularly as I used to, remembering old times we've shared. There were so many friends from the world of children's books all together on a warm evening on a beautiful terrace in New York. The speeches were moving, the food delicious and the dessert, quite amazing, as you can see!

It has been an amazing few days celebrating Jumpstart's Read for the Record campaign and I am honored to have been a part of this program. There have been readings in schools and libraries around the country, as well as in other countries including China and Australia!

It was a whirlwind time in New York with the Today Show on Thursday morning with Mary Louise Parker, Vince Vaughn, Stephanie March, Justin Bieber, Jennifer Stone, Madison Pettis and other celebrities who read
The Very Hungry Caterpillar to children on the plaza as well as a celebration for Jumpstart at the New York Public Library. 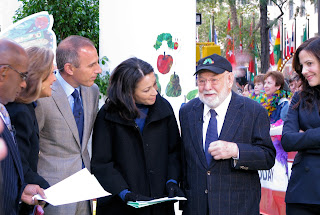 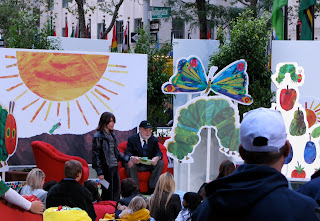 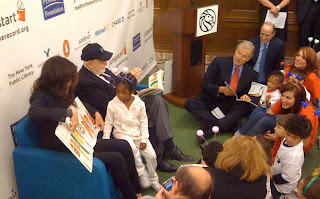 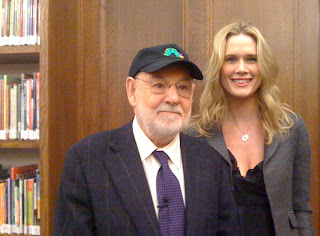 And I attended the lighting ceremony at the top of The Empire State Building which was orange and white in honor of Jumpstart's orange logo! 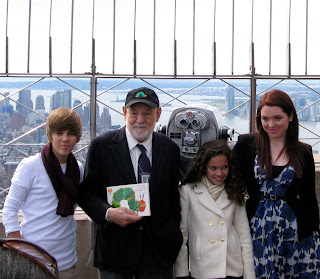 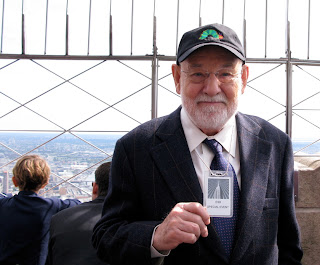 The day before, I visited the New York Stock Exchange where I had been invited with others from Jumpstart to ring the closing bell. 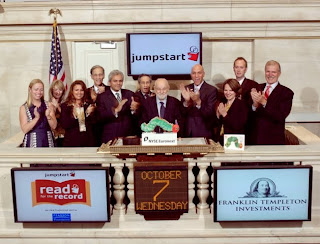 It was a very exciting and festive time. I am so impressed by the tremendous work of the staff and volunteers at Jumpstart who together made this program so successful. It is wonderful that so many people were reading together.
Posted by Eric Carle at 1:25 PM 2 comments: