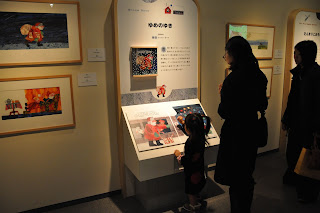 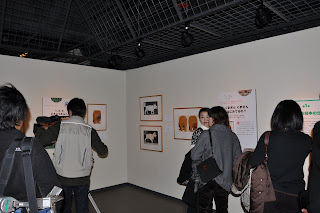 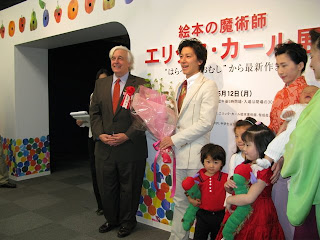 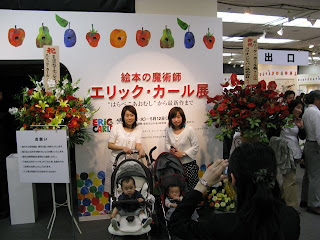 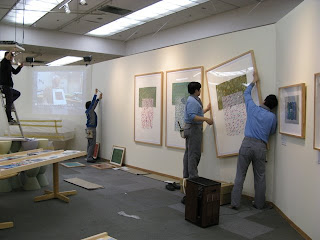 I am fortunate to have been able to travel over the years. My visits to Japan have been very inspiring. In Japan, there are numerous Picture Book Museums, some small, some large, and it was during our visits to Japan that my wife Bobbie and I had the idea to build The Eric Carle Museum of Picture Book Art in the U.S.

This year there was an exhibit of my work, including non-book-art, in Japan that is still on tour. Since I turned 75 I have cut back on my travels quite a bit, but I was so pleased to see photographs of the opening exhibit in Tokyo taken by Motoko, my assistant of many years, who is originally from Japan as well as more recent photos from the exhibition in Kyoto. I hope you will enjoy these pictures!